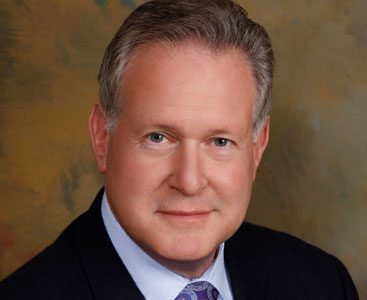 Dr. Robert Lustig is Professor of Pediatric Endocrinology at the University of California, San Francisco. Dr. Lustig has become a leading public health authority on the impact sugar has on fueling the diabetes, obesity and metabolic syndrome epidemics, and on addressing changes in the food environment to reverse these chronic diseases.

In his New York Times best selling book Fat Chance: Beating the Odds Against Sugar, Processes Food, Obesity, and Disease, Robert documents both the science and the politics that have led to the current pandemic of obesity and chronic disease. In the Fat Chance Cookbook, Robert provides practical examples for applying healthy eating principles with recipes by Cindy Gershen.

Dr. Lustig is a neuroendocrinologist, with basic and clinical training relative to hypothalamic development, anatomy, and function. Prior to coming to San Francisco in 2001, he worked at St. Jude Children’s Research Hospital in Memphis, TN. There, he was charged with the endocrine care of many children whose hypothalami had been damaged by brain tumors, or subsequent surgery, radiation, or chemotherapy. Many patients who survived became massively obese. Dr. Lustig theorized that hypothalamic damage led to the inability to sense the hormone leptin, which in turn, led to the starvation response. Since repairing the hypothalamus was not an option, he looked downstream, and noted that these patients had increased activity of the vagus nerve (a manifestation of starvation) which increased insulin secretion. By administering the insulin suppressive agent octreotide, he was able to get them to lose weight; but more remarkably, they started to exercise spontaneously. He then demonstrated the same phenomenon in obese adults without CNS lesions.

The universality of these findings has enabled Dr. Lustig to weave these threads together into a novel unifying hypothesis regarding the etiology, prevention, and treatment of the current obesity epidemic, and the role of our environment in the biochemical changes that promote weight gain. This has led him to explore the specific role of fructose (half of sucrose and high-fructose corn syrup) as a specific mediator of both chronic disease, and continued caloric consumption. His acclaimed YouTube video, “Sugar: The Bitter Truth” continues its popularity with the lay public.

A native of Brooklyn, New York, Dr. Lustig went to Stuyvesant High School in Manhattan, graduated from Massachusetts Institute of Technology in 1976, and received his M.D. from Cornell University Medical College in 1980. He completed his pediatric residency at St. Louis Children’s Hospital in 1983, and his clinical fellowship at UCSF in 1984. From there, he spent six years as a post-doctoral fellow and research associate in neuroendocrinology at The Rockefeller University. He has also been a faculty member at the University of Wisconsin-Madison, and the University of Tennessee, Memphis. In 2013, Dr. Lustig received his Masters in the study of Law from University of California, Hastings to enable him to impact the food industry through policy change.

Dr. Lustig lives in San Francisco with his wife Julie and two daughters. Spare time (what little there is) is spent cooking, theater-going, and traveling.