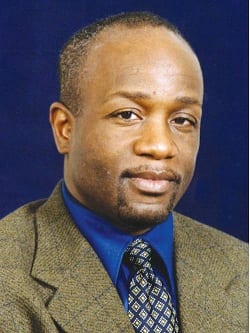 Milton Mills, MD practices urgent care medicine in the Washington DC area, and has served previously as Associate Director of Preventive Medicine and as a member of the National Advisory Board, for Physicians Committee for Responsible Medicine (PCRM). He has been a major contributor to position papers presented by PCRM to the United States Department of Agriculture regarding Dietary Guidelines for Americans, and has been the lead plaintiff in PCRM’s class action lawsuit that asks for warning labels on milk.

Dr. Mills earned his medical degree at Stanford University School of Medicine, and completed an Internal Medicine residency at Georgetown University Hospital. He has published several research journal articles dealing with racial bias in federal nutrition policy. He frequently donates his time via practicing at free medical clinics, and travels widely, speaking at hospitals, churches and community centers throughout the country. He was featured in the recent attention-getting film “What the Health,” and will also appear in the upcoming film “The Silent Vegan.”

A major focus of Dr. Mills’ patient advisement as well as his lecturing, is the use of nutritional measures to reduce the risk of major chronic diseases. He notes that the scientific research literature shows plant-based diets as supporting better overall immune system function, and during work with HIV-positive and AIDS patients at clinics, he’s observed that those who go vegetarian seem to improve, with increased energy and higher T-cell counts. He therefore hopes throughout the future to examine further the relationships between diet and immune functionality, particularly the effects of plant-based eating choices upon outcomes for HIV-positive patients.