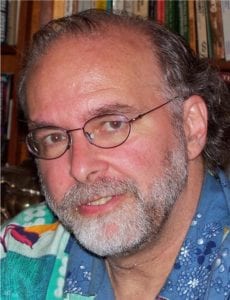 Mitchel Cohen coordinates the No Spray Coalition in New York City, which successfully sued the City government over its indiscriminate spraying of toxic pesticides. He graduated from Stuyvesant High School in Manhattan and received his B.A. from SUNY Stony Brook, where he co-founded the Red Balloon Collective in 1969—a radical-thinking and creatively acting group that put their bodies and art on the line against the U.S. war machine and in defense of social and environmental justice.

Mitchel ran for Mayor of NYC as one of five Green Party candidates. That primary election fell on Sept. 11, 2001, when life as we know it was changed forever. He was editor of the national newspaper, “Green Politix,” for one faction of the national Green Party (before being purged), as well as the NY State Green Party newspaper; chaired the non-commercial, lis­tener-sponsored WBAI radio (99.5 FM) Local Board, and hosted a weekly show, “Steal This Radio,” for NYTalkRadio.net. His writings include: The Social Construction of Neurosis, and other pamphlets; What is Direct Action? a book that draws on personal experiences as well as lessons from Occupy Wall Street; two books of poetry—One-Eyed Cat Takes Flight and The Permanent Carnival—and scores of pamphlets, which he sells on the streets and subways of his beloved Brooklyn. His forthcoming book of poetry and short stories is called, The Rubber Stamp Man and will be avail­able later this year.