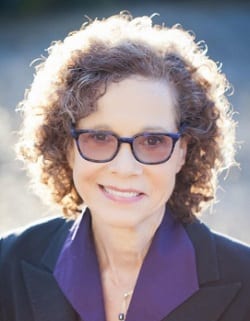 5G, Cell Phones, and the Wireless Revolution: The Manufacturing of Science and What You Can Do to Protect Yourself Saturday May 16, 2020
6:20 pm – 6:44 pm EST
Individual Lecture

Devra Davis, PhD MPH, is President of the Environmental Health Trust, a non-profit scientific and policy think tank. Currently Visiting Professor at The Hebrew University Hadassah Medical School and Ondokuz Mayis University Medical School, she was founding director of the Board on Environmental Studies and Toxicology of the U.S. National Research Council (NAS) and Founding Director, Center for Environmental Oncology, University of Pittsburgh Cancer Institute. Among the NAS reports she directed were those advising that tobacco smoke be removed from airplanes and the environments of young children.

President Clinton appointed Dr. Davis to the newly established Chemical Safety and Hazard Investigation Board in 1994 and she is a former advisor to the United Nations Development Program, the World Health Organization and the U.S. Assistant Secretary for Health in the Department of Health and Human Services.

Her book When Smoke Ran Like Water was designated a National Book Award Finalist and her most recent book, Disconnect, selected by TIME magazine as a top pick in 2010, received the Silver Medal from Nautilus Books for courageous investigation for the paperback edition in 2013. The Secret History of the War on Cancer was a top pick by Newsweek that influenced national cancer policy by the Cancer Association of South Africa, and is being used at major schools of public health, including Harvard, Emory, and Tulane University.

Davis has also authored more than 200 publications in books and journals ranging from the Lancet and Journal of the American Medical Association to Scientific American and the New York Times and has written blogs in Freakonomics, Huffington Post, Physicians for Social Responsibility, MomsRising, Oxford University Press and elsewhere.

Honored for her research and public policy work by various national and international groups, the Betty Ford Comprehensive Cancer Center and the American Cancer Society gave her the Breast Cancer Awareness Award. She was commended by the Director of the National Cancer Institute for Outstanding Service, appointed a Global Environmental advisor to Newsweek Magazine, and Awarded the Woman of Distinction Award from The Conservative Jewish Women’s Organization. The Lemelson Center for Invention and Innovation of the Smithsonian Institution honored her as an innovator on the environment for which she gave a distinguished lecture in 1998. The Intergovernmental Panel on Climate Change of the United Nations Climate Convention tapped her to serve as a Lead Author on their assessment of climate mitigation policies (1999-2005) and she was a member of a team of scientists awarded the Nobel Peace Prize in 2007 with the Honorable Al Gore.

Davis was recently featured on The Today Show The Today Show Pediatricians’ New Warning: Limit Children’s Exposure to Cellphones and on the 9 Jump In Today Show in Australia: Smart Phone Radiation Concern