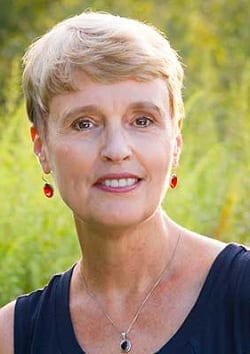 Mary Beth Pfeiffer, author of Lyme: The First Epidemic of Climate Change, has been an award-winning investigative journalist for three decades. A reporter who has specialized in social justice, environmental and health issues, she is also author of Crazy in America: The Hidden Tragedy of Our Criminalized Mentally Ill. The book is a critically acclaimed look at treatment of the mentally ill in prisons and jails in the United States.

Pfeiffer’s reporting for the Poughkeepsie Journal drew national attention in 2001 when she documented the suicides of mentally ill inmates in round-the-clock solitary confinement. As a 2004-2005 Soros Justice Media Fellow, she found systemic abuse in lockups across the nation, where people with bipolar disorder and schizophrenia were subjected to psychologically torturous isolation. Her October 2004 article in the New York Times Magazine, about the suicide of a 21-year-old mentally ill woman in solitary confinement, became the genesis of Crazy in America.

Since 2012, Pfeiffer has become the leading U.S. investigative journalist on the growth of and controversies surrounding Lyme disease, a hidden menace that, she argues, has been fostered by a warming world while being vastly underestimated and poorly managed by American medicine.

For her Lyme reporting, Pfeiffer was honored with a half-dozen awards, including the prestigious Sigma Delta Chi award in 2013 from the Society for Professional Journalists, one of her two Sigma Delta Chi awards. For other reports, she has been honored by the Scripps Howard Foundation, National Headliner Awards, Inter America Press Association, Associated Press Managing Editors, the Gannett Company, New York City Deadline Club, Society of the Silurians, and National Council on Crime and Delinquency, among others.