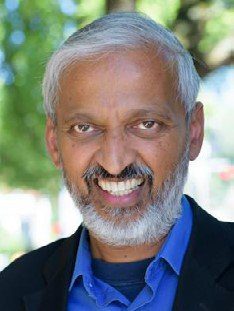 Dr. Sailesh Rao has over three decades of professional experience and is the Founder and Executive Director of Climate Healers, a non-profit dedicated towards healing the Earth’s climate. A systems specialist with a Ph. D. in Electrical Engineering from Stanford University, Dr. Rao worked on the internet communications infrastructure for twenty years after graduation. During this period, he blazed the trail for high speed signal processing chips and technologies for High Definition Television, real-time video communications and the transformation of early analog internet connections to more robust digital connections, while accelerating their speeds ten-fold. Today, over a billion internet connections deploy the communications protocol that he designed. He received five Exceptional Contribution Awards from AT&T Bell Laboratories between 1985 and 1991, a Distinguished Member of the Technical Staff award in 1990, the Intel Principal Engineer Award in 2003, and the IIT Madras Distinguished Alumnus Award in 2013 for his technical contributions. He is the author of 22 peer-reviewed technical papers, 50 standards contributions, 10 US patents and 3 Canadian patents. He was the co-founder of Silicon Design Experts in 1991 which was acquired by Level One Communications in 1996 and which was later acquired by Intel Corporation in 1999 for $2.2 billion.

In 2006, he switched careers and became deeply immersed, full time, in solving the environmental crises affecting humanity. Dr. Rao is the author of two books, Carbon Dharma: The Occupation of Butterflies and Carbon Yoga: The Vegan Metamorphosis, and an Executive Producer of several documentaries, The Human Experiment (2013), Cowspiracy: The Sustainability Secret (2014), What The Health (2017), A Prayer for Compassion (2019), They’re Trying to Kill Us (2021), The End of Medicine (est. 2022), The Land of Ahimsa (est. 2022), Animals – A Parallel History (est. 2022) and Milked (2022). His work is featured in the award winning film, Countdown to Year Zero produced by Jane Velez-Mitchell and Unchained TV.

Dr. Rao is a Human, Earth and Animal Liberation (HEAL) activist, husband, dad and since 2010, a star-struck grandfather. He has promised his granddaughter, Kimaya Rainy Rao, that the world will be largely Vegan before she turns 16 in 2026, so that people will stop eating her relatives, the animals. He has faith that humanity will transform to keep his pinky promise to Kimaya, not just for ethical reasons, but also out of sheer ecological necessity. Along with Kimaya, Dr. Rao was the co-recipient of the inaugural Homo Ahimsa award from the Interfaith Vegan Coalition in 2021. He has formally taken the Ubuntu pledge to become Homo Ahimsa and the Liberation Pledge to accelerate the adoption of Veganism.

Dr. Rao’s Curriculum Vitae can be found here. To book him for podcasts and shows, please contact him here.