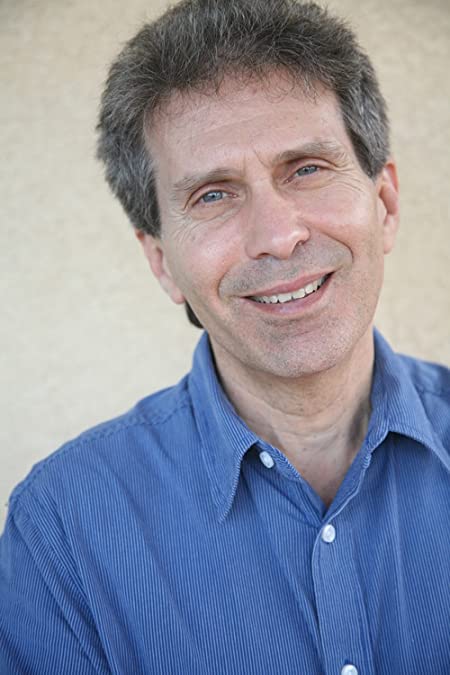 Glen Merzer is a playwright, screenwriter, and author. He began his career as a stand-up comic in San Francisco before devoting himself to playwriting. He wrote for network television for many years before stumbling into a career writing books that advocate the plant-exclusive diet.

Glen’s first novel, Off the Reservation, which has been optioned for a film, chronicles the journey of a vegan congressman from Bloomington, Indiana, who runs for president. Described by Kirkus Reviews as an “electrifying debut novel” and a “fast-paced, wryly comic, and vastly satisfying political satire,” Off the Reservation also contains twenty bonus, delicious, low-fat vegan recipes by Joanna Samorow-Merzer. Whenever the congressman has a bite to eat in the course of the narrative, Joanna supplies the recipe in the back of the book.

Three of Glen’s plays have been published by Samuel French. His prize-winning works have entertained audiences Off-Broadway, at Regional Theatres, and at the John F. Kennedy Center for the Performing Arts. One of his latest plays, One-Way Love, a comedy set in Honduras about a romance between a highly opinionated celebrity chef (based on the late Anthony Bourdain) and a spirited woman of conscience, remains unproduced, to Glen’s chagrin. Broadway producers in the market for good new Honduran comedies are welcome to contact Glen through his website.

Glen began his career in book-writing as co-author, with Howard Lyman, of Mad Cowboy (Scribner, 1998) and No More Bull! (Scribner, 2005). Glen is also co-author of The Secrets to Ultimate Weight Loss (2018) by Chef AJ;  Unprocessed (2011) by Chef AJ; Food Over Medicine (BenBella Books, 2013) with Pam Popper; Better Than Vegan (BenBella Books, 2013) by Chef Del Sroufe; and The Plant Advantage by Benji Kurtz. The Secrets to Ultimate Weight Loss launched as a best-seller in the summer of 2018, spending over a week in the top ten best-selling books on Amazon. Alongside Eric Brent, Glen edited The HappyCow Cookbook (BenBella Books, 2014). In 2020, Glen wrote Own Your Health (The Book Publishing Company), to which Chef AJ contributed over 75 recipes.

Glen grew up in Bellmore, N.Y., and attended New College of Florida in Sarasota.